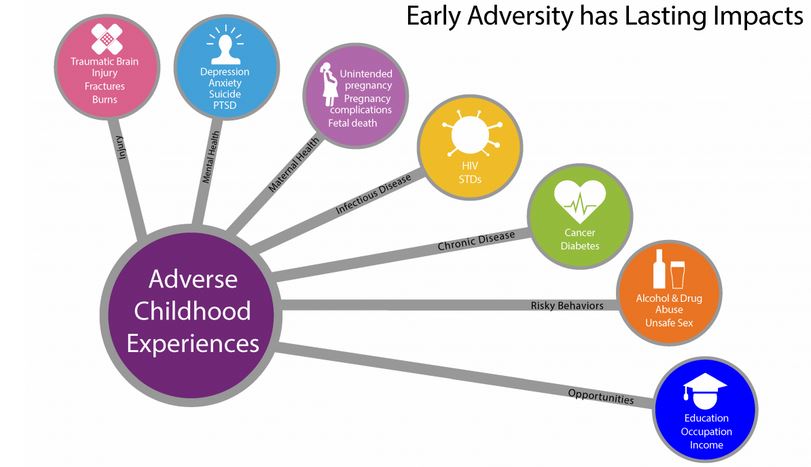 Adverse Childhood Experiences: What Are They?

Find Out Your ACE Score

You Got Your ACE Score...Now What?

The CDC’s Adverse Childhood Experiences Study (ACE Study) uncovered a stunning link between childhood trauma and the chronic diseases people develop as adults, as well as social and emotional problems. This includes heart disease, lung cancer, diabetes and many autoimmune diseases, as well as depression, violence, being a victim of violence, and suicide.

The first research results were published in 1998, followed by more than 70 other publications through 2015.

A whopping two thirds of the 17,000 people in the ACE Study had an ACE score of at least one — 87 percent of those had more than one. Thirty-six states and the District of Columbia have done their own ACE surveys; their results are similar to the CDC’s ACE Study.

Resilience Commercial: Check it out!

Prevention Connection: What is Prevention?